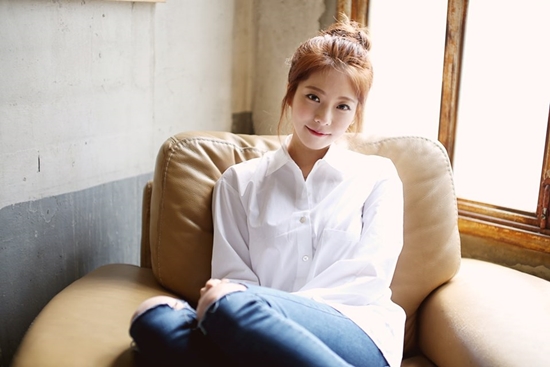 Juniel has becomes the model for a cosmetic brand for the first time since debut.

On May 11th, C9 Entertainment announced that Juniel has been chosen as the model for Klairs Korea's male all-in-one product 'Guerisson Men's One'. A rep said,"Juniel was chosen as the model since she has gained a lot of male fans for her cute and feminine looks. Please show a lot of support for Juniel as our new model".

Juniel was said to show her professionism during the shooting even though it was her first time being in a cosmetic product commercial.

Meanwhile, Juniel will be making her comeback with a new album later this year.

Juniel To Make Her Comeback With A New Single In July!

Juniel has becomes the model for a cosmetic brand for the first time since debut.
Read Full
Juniel Poses With Her Brother

Juniel reveals selcas with her younger brother who's currently serving in the army, have a look at the pics below:
Read Full
Juniel Covers Lovelyz 'Ah Choo'