Juniel To Make Her Comeback With A New Single In July! 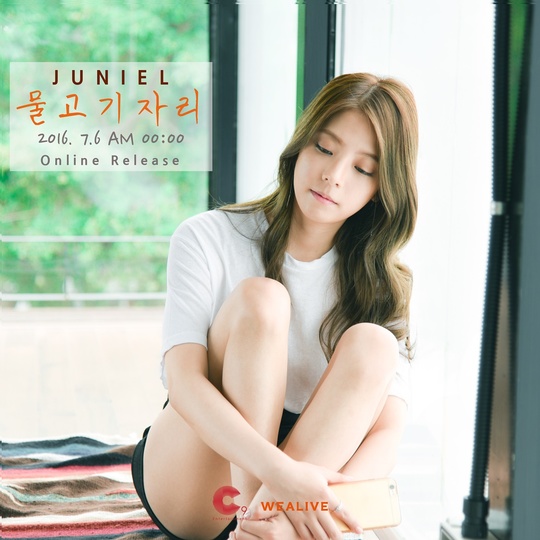 On July 1st, C9 Entertainment released a teaser image and announced that Juniel will release a new single titled 'Pisces' on July 6th at midnight. The image shows the singer with plain makeup while leaning against a glass wall, exudes her innocent charm.

This will be her first comeback under C9 Entertainment after leaving FNC Entertainment in January. Her latest release was digital single 'Sorry' in August 2015.

Are you excited for Juniel's comeback?
Juniel To Make Her Comeback With A New Single In July!

Juniel has becomes the model for a cosmetic brand for the first time since debut.
Read Full
Juniel Poses With Her Brother

Juniel reveals selcas with her younger brother who's currently serving in the army, have a look at the pics below:
Read Full
Juniel Covers Lovelyz 'Ah Choo'