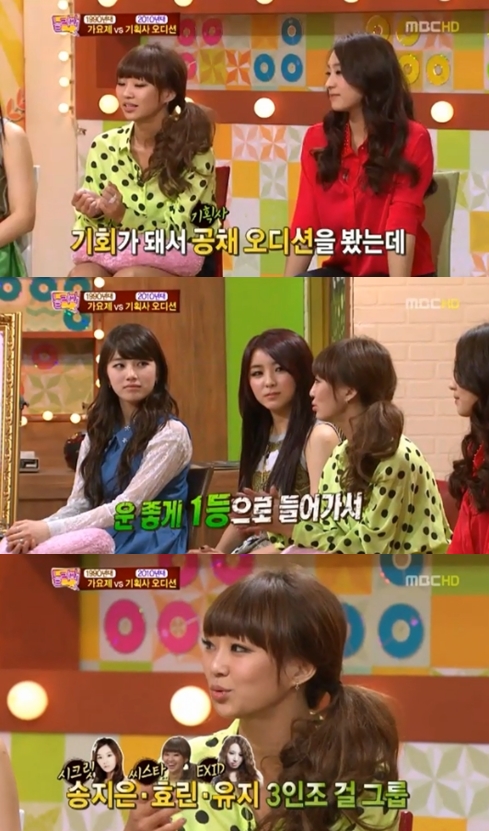 SISTAR’s Hyorin recently revealed that she almost had formed a group with lead vocalists Secret’s Song Jieun and EXID’s Yuji.

On the April 2nd episode of MBC’s ‘Come to Play’ Hyorin revealed an interesting story before she came to debut as a singer.

Hyorin revealed, “From a young age, I loved to sing and dance and would receive praises from friends. So I started going to auditions with JYP, in which I received the #1 award.”

She continued, “After a year, we almost formed a group with Secret’s Song Jieun and EXID’s Yuji. However, some issues came up which led us being unable to debut together and instead, all of us debuting with separate groups.”


Three lead vocals in one group? It could've been awesome! But we all love them in their respective groups right?


Written by: jhezwafu @dkpopnews.net
﻿
SISTAR Grab 1st Win With 'I Like That'!