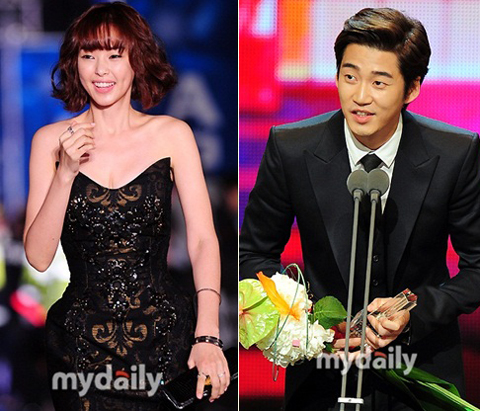 After denying the dating rumors swirling around between them back in January, Yoon Kye Sang and former Miss Korea, actress Honey Lee have now admitted that they are in a relationship.

Yoon Kye Sang and Honey Lee’s agency have acknowledged the rumors saying, “They are currently in a relationship. They are both on the stage where they are getting to know each other. We’ll reveal more details through an official press release later.”

According to an acquaintance of the two actors, they met at the Busan International Film Festival in 2012. They’ve been dating for a month now and are in the process of getting to know each other.

The two were embroiled in love rumors after some speculated they had gone on a trip to Bali together. Regarding this issue, the agencies stated, “At the time, the two really were not dating. They left the country for their own personal schedules.”
﻿
Yoon Kye Sang and Honey Lee are dating!

Actress Lee Honey denied the report that she is in a relationship, on July 3.

Instructions on how to bet on football matches to win from A to Z
honey lee  yoon kye-sang Aug 18, 2022

How a Tattoo Changes a Person
Tattoo Aug 18, 2022
Trending