Infinite Woohyun, Sungyeol, and Kim Sae Ron meet at the first script reading for 'Highschool On' 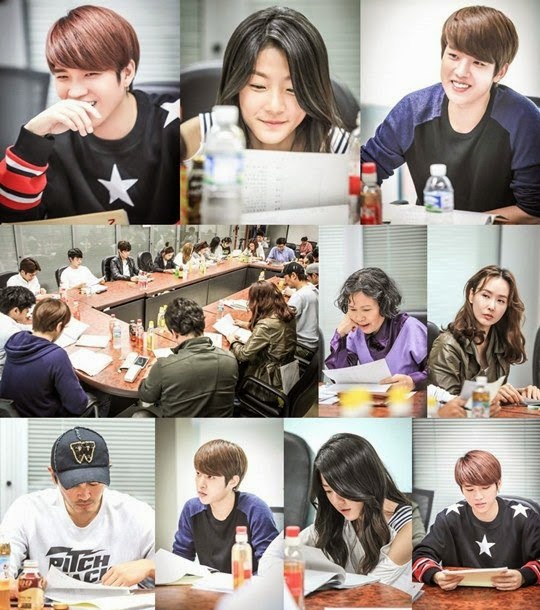 Cast and staff of upcoming KBS 2TV drama 'Highschool Love On' are gathered for the first time for their script reading on May 13.

It was described that the cast and actors have a friendly atmosphere at their first gathering. Everyone were seen diligently reading their scripts while laughing and having lively mood in between.

KBS 2TV fantasy romance 'Highschool On' is going to depict the story of the growth of young highschoolers who will encounter love. It will be broadcast in trilogy with a total of 20 episodes. The fantasy drama premieres its 1st episode in June.
﻿
Infinite Sungyeol & Sistar Bora Are So Affectionate On 'Law Of The Jungle'