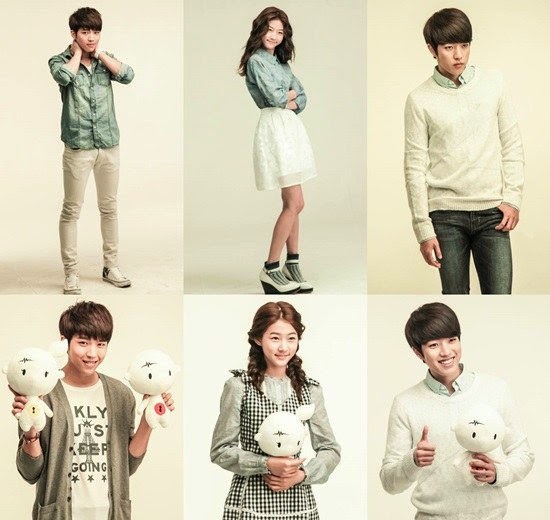 The official character posters of the three leads in the upcoming KBS2 teen drama 'Highschool' are finally released.

The posters show INFINITE Sungyeol (22), Woohyun (23), and actress Kim Saeron (14) looking youthful and fresh. The boys are wearing casual denims and pants while Saeron is looking lovely in skirt.

They are holding a doll which will be introduced in the drama. According to the drama official, 'During the poster photoshoot, the three are energetic and were all smiling and basically reflected in the photos."