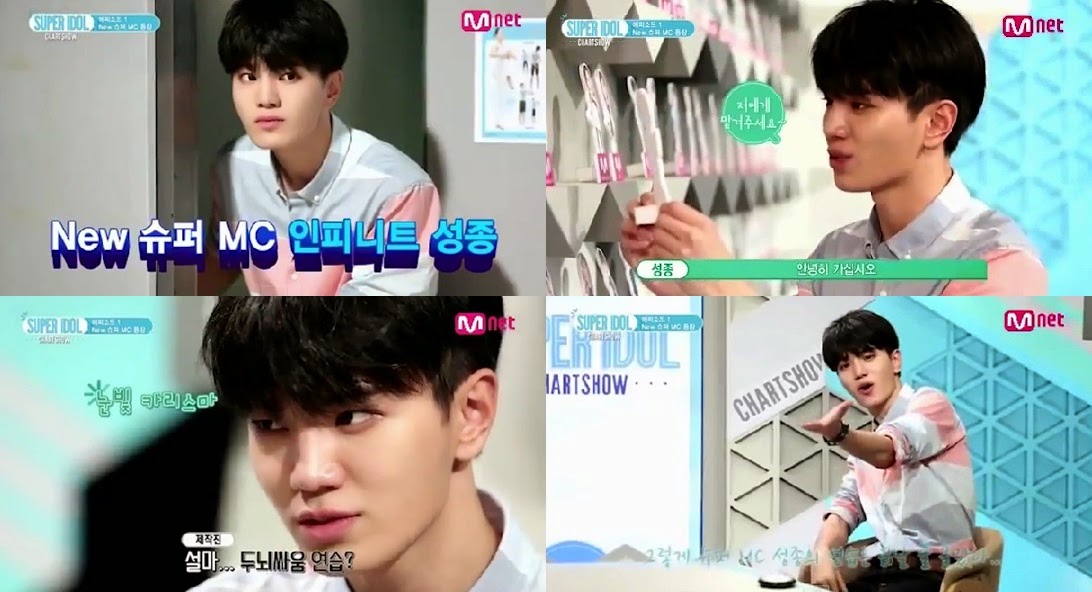 In the preview clip, Sungjong is seen going around the set while checking the displays and practicing hosting by himself.

Infinite's maknae Sungjong is joining Super Junior Ryeowook as the MC starting on August 1 after taking over BEAST Dongwoon's role as the latter decided to leave the show to focus for his group's promotions.

Infinite Sungjong surprised some fans at the airport with his cover up appearance yesterday at Incheon Airport.

Departing for Vancouver, Sungjong appeared and waved to fans with literally black face. He was wearing a full mask and a black cap. Fans thought he must be wearing no make up or has gotten a pimple to cover his face like that.  Read more
Daily K Pop News | Latest K-Pop News  Infinite  Sungjong  picture  Jan 08, 2016 07:27
B1A4's Baro to join 'Real Men'; INFINITE's Sungjong to step down due to comeback schedules

How To Know If An Online Casino Can Be Trusted
sungjong  infinite Dec 04, 2022