'Gangnam 1970' to be Tagalized and shown in Philippine cinemas 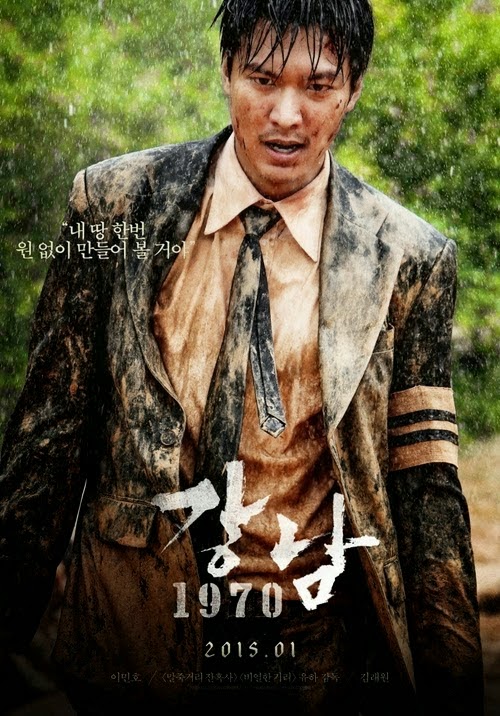 According to the article written by Maridol Rañoa-Bismark, Lee Min Ho’s latest movie 'Gangnam 1970' will be Tagalized, and will be shown in all SM and Waltermart cinemas in the Philippines.
'Gangnam 1970' (previously entitled 'Gangnam Blues'), which used a worldwide hit OPM song 'Anak' on its trailer, is a noir action film written and directed by Yoo Ha. Lee Minho will be top-billing it with Kim Raewon. The story happened in 1970 featuring the backdrop of the real estate development of Seoul's Gangnam district. Lee Minho and Kim Raewon are childhood friends, but their friendship will be tested as the story gets deeper.
It will open on March 4th.
written by: loveluytakyo@dkpopnews.net
SOURCE: Yahoo Philippines
﻿
'Gangnam 1970' to be Tagalized and shown in Philippine cinemas

B1A4's Baro turned 22 in the Philippines.

B1A4 was in Manila as one of their stops for their '2014 B1A4 Road Trip Ready?'. On their official YouTube channel, B1A4 uploaded a video while the five boys were practicing some Filipino sentences and phrases, and after a moment one staff went inside holding a cake.  Read more
Daily K Pop News | Latest K-Pop News  2014 B1A4 Road trip READY? Baro the Philippines Sep 07, 2014 20:10
Dara reunites with SCQ friends

Dara is so loved by her Filipino fans and personal friends because even she's so popular as a 2NE1 member, she really doesn't forget to meet with her old good friends in the Philippines whenever she has time to visit the country.  Read more
Daily K Pop News | Latest K-Pop News  ABS-CBN the Philippines Aug 10, 2014 20:30
Singer Lydia perform for her Filipino fans, Dara watches her

On August 7th, Korean singer Lydia visited the Philippines to perform in front of her Filipino anticipating fans.

Lydia staged her performances in Zirkoh. When she was asked about what she felt, this is what she said, "I’ve always felt like majority of my fans are Filipinos so I’m thankful for that and I just want to be here and be able to perform for them."  Read more
Daily K Pop News | Latest K-Pop News  2NE1 Lydia the Philippines Aug 10, 2014 18:00
More Stories >
fooyoh.com

Instructions on how to bet on football matches to win from A to Z
the Philippines  Maridol Rañoa-Bismark Aug 18, 2022

Wallet - Function Over Fashion? What You Need to Know
wallets Aug 18, 2022