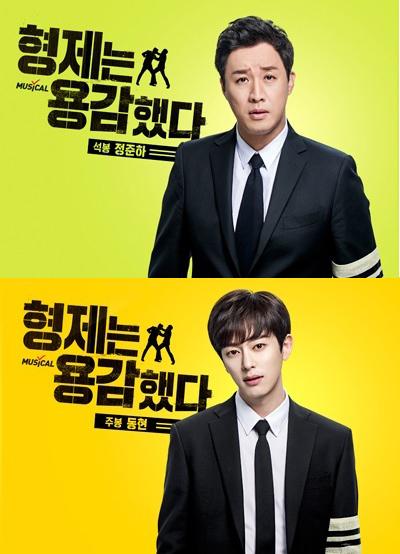 Boyfriend Donghyun is nabbing his 3rd musical 'Brothers Were Brave' and this time he's among the leads.

Donghyun is playing the role of one of the titular brothers, Jubong, an intelligent Seoul University graduate who has a hot temper. The story revolves around the reunion of two brothers after 3 years, with Jung Junha as Seokbong (Jubong's older brother).

The whole production is anticipated to give entertainment by executing comical acts and punchlines at the same time giving heartwarming family-oriented theme. Meanwhile, this is Donghyun's 3rd musical after having performed in musicals "1000th Man" and " "Bachelor’s Vegetable Store" in Japan.

The musical "Brothers Were Brave" opens on August 25 at Art Center in Hongik University and tickets are available for purchase starting on July 8.
﻿
Happy birthday to BOYFRIEND's Donghyun

A Value Guide To The American Eagle Gold Coin Based On Weight
Boyfriend’s Donghyun  boyfriend Jan 28, 2023

How to Dress For Your Body Shape
Boyfriend’s Donghyun  boyfriend Jan 28, 2023