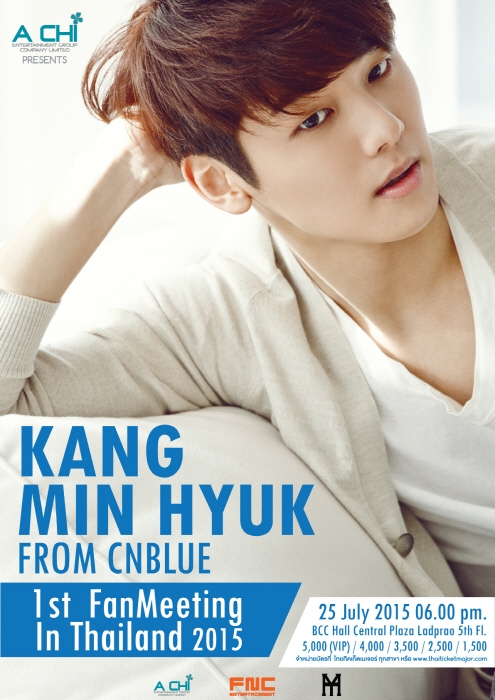 CNBLUE's Minhyuk will meet with Thailand fans through his own fan meeting next month.

FNC Entertainment announced that Minhyuk's solo fan meeting 'The Moment' will be held at Central Plaza Ladprao in Bangkok, Thailand on July 25th.

This will be Minhyuk's first solo fan meeting since debut and he is expected to show a variery of his charms that fans haven't seen before. He is said to be directly participating in the planning and giving various ideas for the fan meeting, showing his great enthusiasm.

Minhyuk has been receiving much love for his appearance on variety shows such as 'Crime Scene 2', 'Mom is Watching', 'Brave Family' and also the upcoming 'I Live Alone'.
﻿
Fans Are Shocked Over Jung Yonghwa Stock Scandal!

Source: Jung Yonghwa under suspicion in manipulation of stock price "He said he had no greed for money..."

A Value Guide To The American Eagle Gold Coin Based On Weight
CNBlue  minhyuk Jan 28, 2023