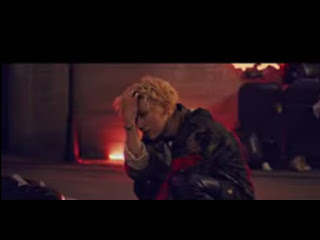 'YeY' was written, composed, and arranged by GOOD LIFE. BEAST will be coming back with their 8th mini-album 'Ordinary' with 'YeY' as its title track on July 27th at midnight KST.

It's not going to be a surprise anymore if Beauties reach the point when they can't tolerate Hyunseung attitude in the future.  Read more
Daily K Pop News | Latest K-Pop News  BEAST News Hyunseung Feb 23, 2016 05:37
BEAST Hyunseung Is Under Fire For Falling Asleep During Interview?

BEAST Hyunseung receives criticism for being rude and falling asleep during an interview.

A particular post on Pann has a video of BEAST doing an interview about their 5th anniversary since Japanese debut, the establishment of their independent Japanese label BEAST Music, and "Guess Who?" album. However, the boys apparently look very tired but managed to answer the host's questions until the end.  Read more
Daily K Pop News | Latest K-Pop News  BEAST Hyunseung News Video Feb 17, 2016 08:13
BEAST's Hyunseung teaser video for 'YeY'

How To Accessorize for Your Next Date Night.
hyunseung  YeY Dec 08, 2022

Here's Why You Should Donate a Tree In Memory Of a Loved One
hyunseung  YeY Dec 07, 2022

How To Know If An Online Casino Can Be Trusted
hyunseung  YeY Dec 04, 2022
Trending