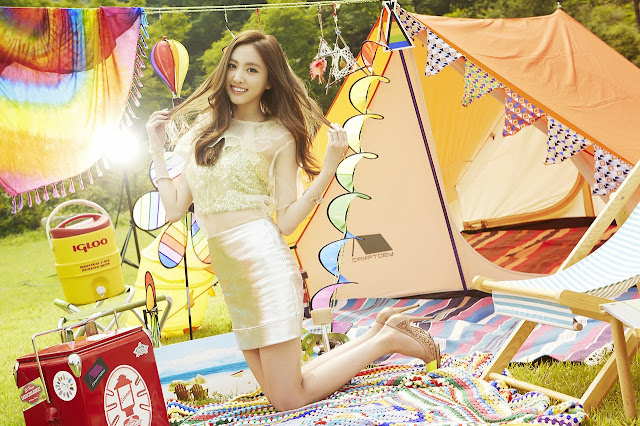 BESTie's Haeryung will make her acting return in a new web drama.

YNB Entertainment said on September 1st,"Haeryung has been casted as the female lead in new web drama '9 Seconds', which will use 'Silk Road Cultural Festival in Gyeongju 2015' and the city of Gyeongju as the backdrop".

'9 Seconds' will tell the story of a man and a woman who meet by chance at a photography shop and will eventually fall in love with each other. Actor Lee Joo Seung, comedian Lee Jae Hyung and Fuji Mina are also confirmed for the web drama.

Directed by Park Chan Yul who previously worked on 'Producers', '9 Seconds' is scheduled to broadcast at the end of September.
﻿
BESTie Haeryung Flaunts Her Slender Legs!

BESTie's Haeryung showcases her beauty for The Celebrity, check out her photos below:

BESTie's Uji and Haeryung showcase their feminine charm for the latest issue of Arena Homme+ magazine, check out their photos below

How To Accessorize for Your Next Date Night.
haeryung  BESTie  9 Seconds Dec 08, 2022

Here's Why You Should Donate a Tree In Memory Of a Loved One
haeryung  BESTie  9 Seconds Dec 07, 2022

How To Know If An Online Casino Can Be Trusted
haeryung  BESTie  9 Seconds Dec 04, 2022
Trending