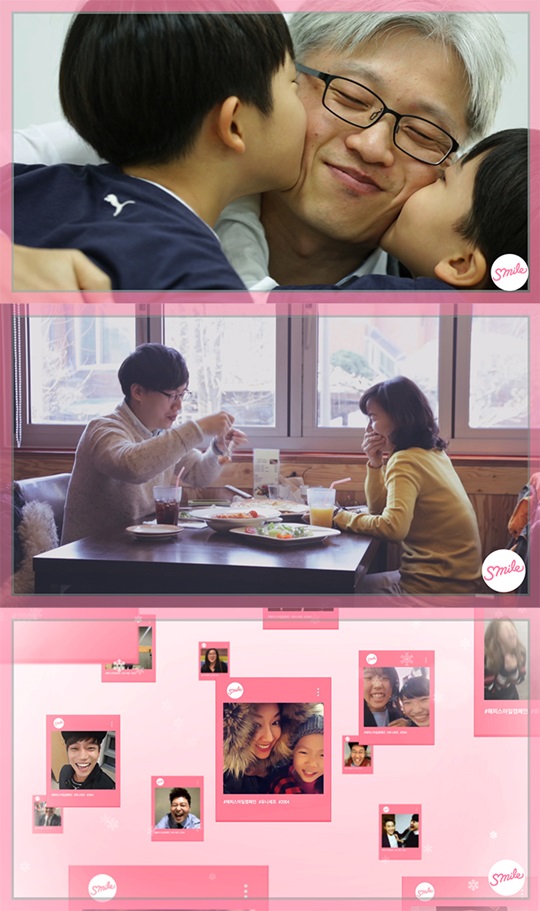 The first video is titled 'SMile for U_Happy Smile Campaign' with f(x)'s 'Wish List' as the background music. The video features the videos from netizen who participated in the 'Happy Smile Campaign'. Other SM stars such as f(x)'s Luna, EXO' Suho & Chanyeol, Red Velvet's Wendy & Seulgi, Jun Hyun Moo also appeared in the MV.

The second video is titled 'How To Make Father Smile' with Red Velvet's 'Wish Tree' as the background music. The video shows the children making lunch boxes for their fathers and later surprise them by directly delivering the lunchboxes to their workplaces.

The final video for BoA's 'Christmas Paradise' is titled 'How To Make Mother Smile', about a son bringing his 10-year single mom out for a date to show her his gratitude.

Check out the three MVs below