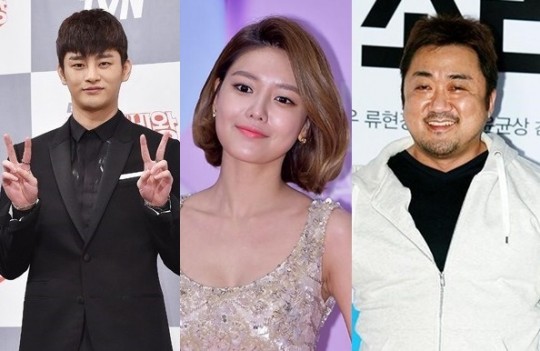 According to the officials on January 38th, the three are currently in discussion to join '38 Police Squad'. The drama is gaining much attention since it's a work by writter Han Jung Hoon, whose notable works are 'Bad Guys' and 'Vampire Prosecutor'.

'38 Police Squad' will be another crime drama, but this time it will also include comedy elements. It will revolve around a special squad mixed of polices and criminals in order to catch tax invaders. The drama reportedly inspired by a true story.

'38 Police Squad' is scheduled for broadcast this May.

﻿
Taeyeon On Her Way To Music Bank Rehearsal!

How To Accessorize for Your Next Date Night.
Girls' generation  Ma Dong Seok  Seo In Guk  SooYoung Dec 08, 2022

Here's Why You Should Donate a Tree In Memory Of a Loved One
Girls' generation  Ma Dong Seok  Seo In Guk  SooYoung Dec 07, 2022

How To Know If An Online Casino Can Be Trusted
Girls' generation  Ma Dong Seok  Seo In Guk  SooYoung Dec 04, 2022
Trending