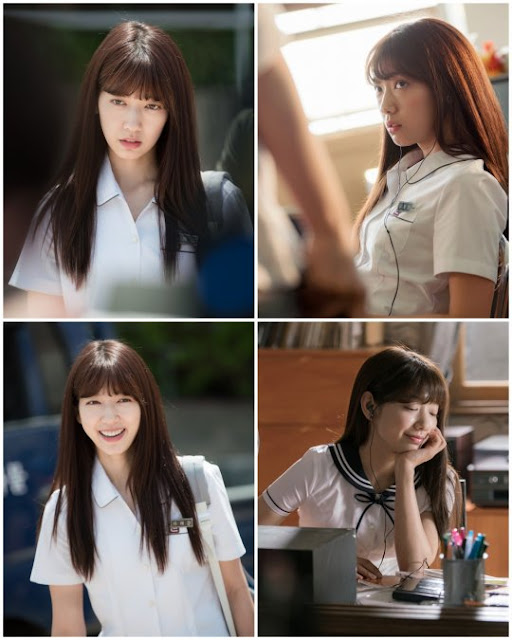 This time, Shin Hye is not wearing her doctor's gown but school uniform instead which suggests that we can also anticipate Yoo Hye-Jung (Shin Hye) life story before she becomes a doctor.

Netizens think that Park Shin Hye is very eye-catching in school uniform especially the reverse charms she's giving off in the photo. In the first set, she gives off a rebellious aura like that of a school bully with her sharp gaze while on the other hand, she appears bubbly and bright flashing her smile.

Meanwhile, "Doctors" premieres on June 20 and also stars Kim Raewon, Lee Sung Kyung and Yoon Gyun Sang. The plot is about the life struggles of Yoo Hye Jung's character from being a troublesome student to becoming a doctor.
﻿
Park Shin Hye turns badass in the first 'Doctors' trailer

The first trailer for SBS's upcoming drama 'Doctors' has been released.

The trailer gives us a glimpse at Yoo Hye Jung(Park Shin Hye)'s past as a rebel and her tough life before becoming a doctor. It also feature her encounter with Hong Ji Hong(Kim Rae Won), the man who plays the main factor in changing her life.  Read more
Daily K Pop News | Latest K-Pop News  Doctors  Kim Rae Won  Park Shin Hye  May 31, 2016 11:30
More Stories >
fooyoh.com