Seventeen To Have A Comeback In July With Repackaged Album 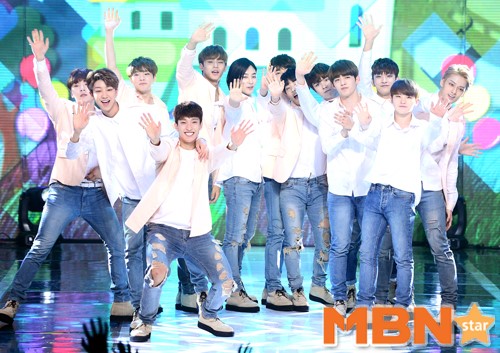 Seventeen are confirmed to have a comeback in early July with a repackaged album of their first full album "Love & Letter".

Pledis Entertainment states today that they are in the process of selecting the title track and new songs that will be included in the repackaged album. Member Woozi produces the songs and Hoshi is going to be in charge of the performance as usual.

Moreover, for this comeback, the boys are going to have a concept that is Seventeen-like and preparing a bubbly and energetic performance. Meanwhile, aside from their repackaged album promotions, the boys are also preparing for their 2nd solo concert in Seoul which is happening in late July and Asia Tour in August.
﻿
Brown Eyed Soul's Young Jun To Release A Duet With Lovelyz's Sujeong!

You may not see this coming but girl group Unnies who made their debut today is everything right now.  Read more
Daily K Pop News | Latest K-Pop News  NEWS Unnies Jul 01, 2016 17:13
GFriend are Blooming Tennis Girls in New Teasers