The Greatest "Game of Thrones" Moment Yet Just Happened 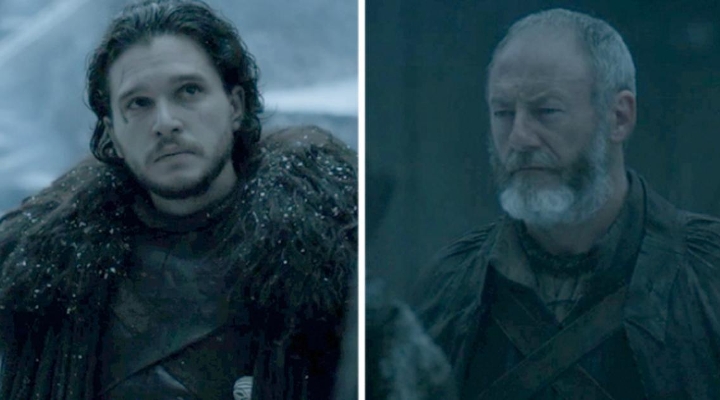 More moments are bound to come, but this one here is what a lot of people are rejoicing at after last night's Game of Thrones. It was the return-the-favor moment that we've all been waiting for. Basically this one tweet can sum it all up:

We mean that poor kid Olly, who's been an ass for quite some time. See below: 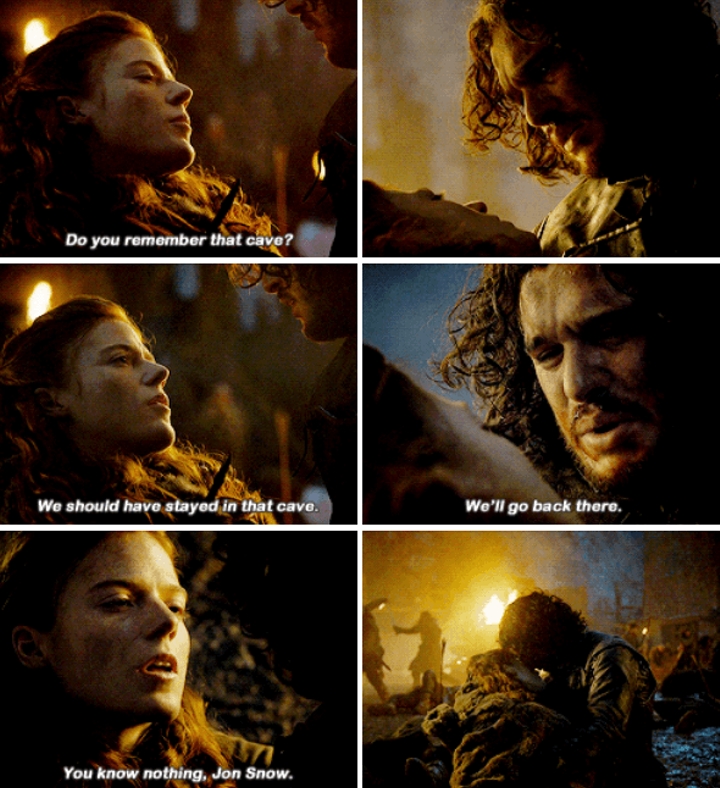 Just check out that face. This kid might not act again after this because of all the Internet hate directed at him. Give him a break k, he's just a really good actor to make you hate him this much. Then he had to do this:

But who knew Jon Snow would come back? 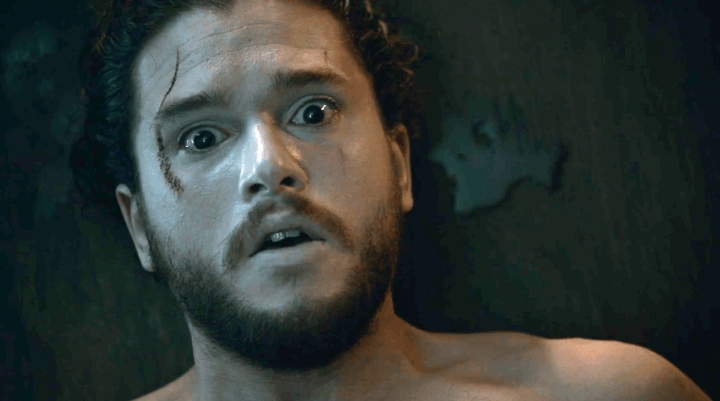 Here are some of the comments: 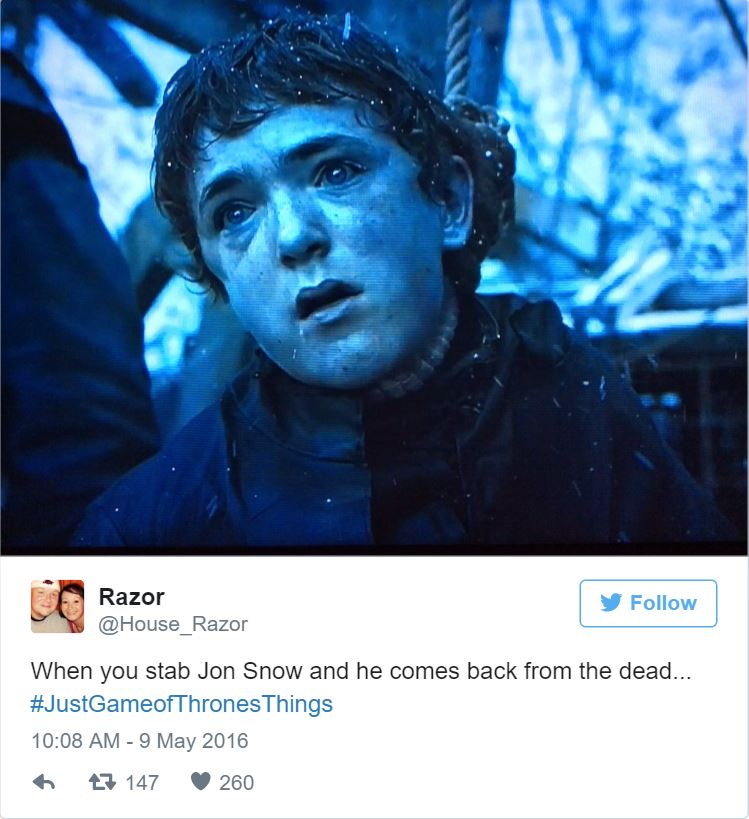 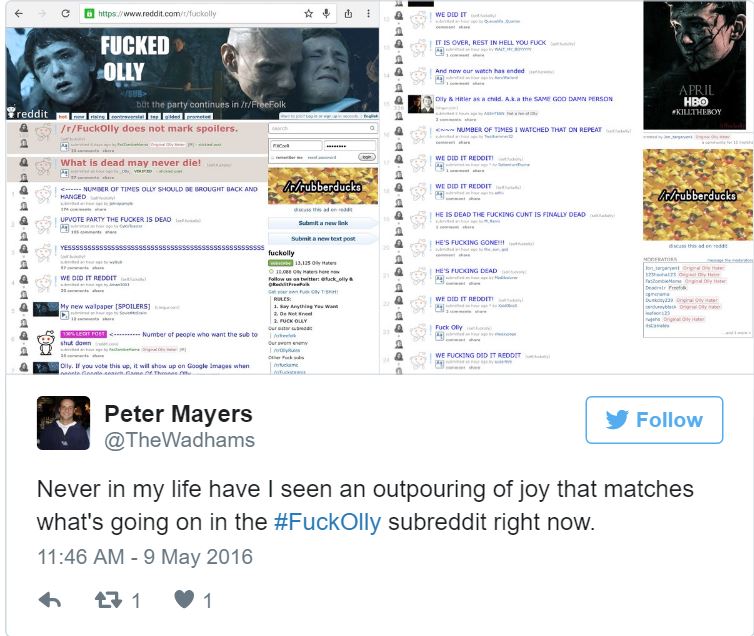